Skip to content
Home
CODE
Is html a programming language:facts about html you should know

is Html a programming language: facts about HTML.

IS HTML A PROGRAMMING LANGUAGE.

HTML means hypertext markup language,
it was modeled on SGML(standard generalized markup language)
HTML work is to mark up content and it is the standard markup for webpages, with HTML you can create your own web pages.
HTML function is to create web pages and structure it.
HTML is a language on its own no doubt about that, but not in any way a programming language, you cannot program with HTML nor can you give computer instructions with it. hypertext markup was a language design for a browser to understand and implement, it marks up the browser and creates a webpage, for example, it shows headings(h1-h6) and where the headings should be and so on.
The browsers have been programmed to understand the language and interpret it, browsers like firefox, chrome, explorer, opera, and so on most of these browsers were programmed using c++.
HTML in any sense is not programming as it does not contain any programming logic.

IS HTML A DECLARATIVE PROGRAMMING LANGUAGE?

technically we can say HTML is declarative as he declares commands to the browser but not declarative in a programming sense, it does not modify or manipulate data, and also HTML can’t take inputs talkless of producing outputs as it is in programming.

WHAT LANGUAGE IS HTML WRITTEN IN? 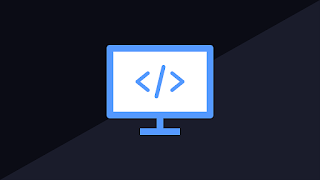 HTML  was written in tags and it uses tags to identify content, it is these tags that the browser understands and implement unlike scripting or programming language that uses a script to perform the function and also logic reasoning to solve problems.

Definitely, HTML is an act of coding as you write lines of code in a markup language(not in a programming language)  to create a web page, you can be regarded as a coder for knowing how to write HTML and also it is one of the languages you should learn to start your journey as a coder especially if you have an interest in web development.

IS HTML WORTH LEARNING?

Although the true fact is HTML is not a programming language but it is among the awesome language that is out there if you are just starting your coding journey try to learn HTML first especially if you are planning to become a web developer, even HTML is the rate so high especially if you combine it with some programming language like when you are working on web framework and when you are building awesome webpage coupled with CSS(oh! yummy, so good) and so many work and project.

IS HTML HARD TO LEARN?

Surely not!, HTML is among the easiest language you can actually grab within a couple of weeks.
with many tutorials on YouTube and websites that teach it for free right from beginner to advance, you can really become an HTML expert in some weeks.
examples of websites that teach it for free are w3schools ,freecodecamp and also many apps out there like sololearn, programming hub,mimo, and so on.

WHICH VERSION OF HTML IS CURRENTLY USED? 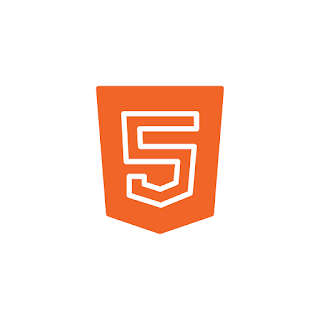 HTML started its journey from 1993 as it was extended from SGML(standard generalized markup language) and it was created by WHATWG but the first version which is HTML version 2.0 was launch on November 24 1995 and it moved on from 2.0 to XHTML but the currently used version is HTML 5.

HTML is among the latest version of hypertext markup language it is specified by adding a special tag at the beginning of the document known as document declaration example e.g<!DOCTYPE HTML>.
Also, it contains many advance features like canvas, SMG,metas, and also media like video audio and embedded media from YouTube or any social media, it also supported some features like geolocation, drag/drop, web storage, web workers and HTML SSE.

Damola sodiq: I'm a writer, a blogger and a youtubers